skip to main | skip to sidebar

a few thoughts:
-it's wonderful to be home. love the people. love the food. mostly the people.
-i have new perspectives on things:
*like hunger.
*like the value of spending time with people.
*the simplicity of love
*the Church...
-my prayer is that i will continue on with Christ, no matter what. that i'll continue doing what i did in the philippines - and even before i came: just living and loving as best i can.
-i sure miss some people though... 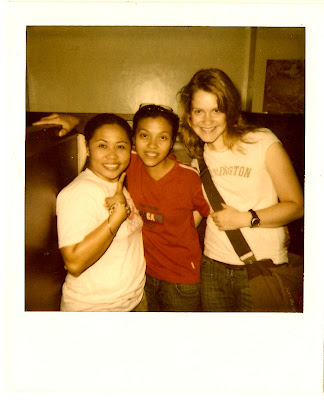 my lovely Olya,
may you be strengthened.
may you never get tired of seeking and being with your Lord.
may you find joy in the small things.
may you love in small ways.
may God be everything...

miss you.
may you come back soon but
may you run until the race is done. 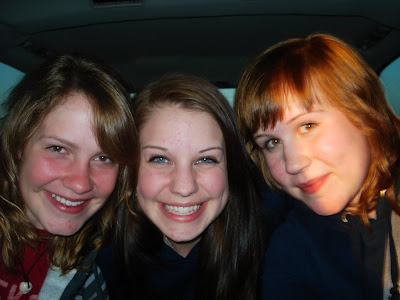 It was a privilege to serve the Lord in the Philippines
Although I am glad to be home, I'm also missing my home in another country.
There is much to think about, so much to say.
But I am thankful.
So very thankful. 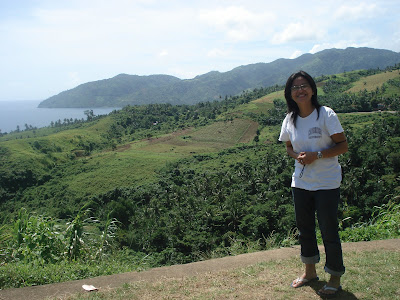 I will miss this one the most...

i am not afraid to travel to bicol.
if i do die, i know where i would go.
and i also know that GOD will take care of
those who are dear to me...
even though it may be hard.
don't fear.
and if i live,
i'll see you in a month.
waffles? wraps? sour cream?
and i'll make you some sinigang soup.
love you much,
your daughter in the philippines,
robynn connie
Posted by Robynn at 5:05 AM 4 comments: 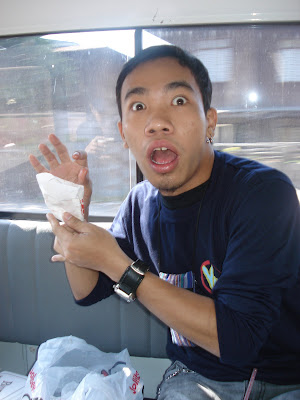 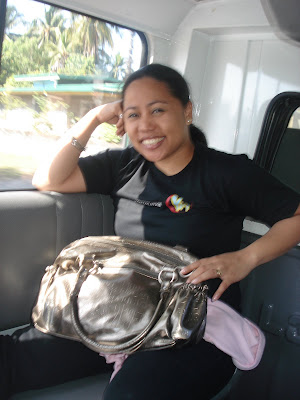 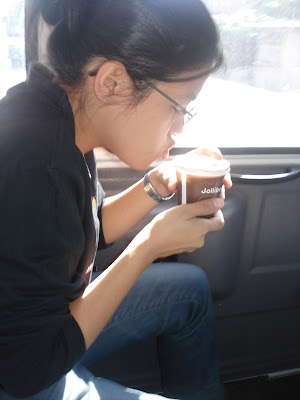 Ate Pen drinking her morning coffee (which she did spill all over the van).
______
one of my favourite things to do is travel.
my biggest reason:
fellowship.
i love talking with people!
getting to know thier thoughts,
their habits,
their dreams,
their insecurities,
their joys,
their frustrations,
their ________ .
love it.
i'll be travelling to bicol, philippines
with many people.
we leave tomorrow at 5am and we'll arrive
at 7pm.
nice 12 hours...
plenty of time to chat.
this is one reason why i'm so glad i'm crossing cultures -
i learn so much from a different culture!
the more i chat
the more i see
that GOD is in every culture -
but HE looks a little different...
i'm excited for tomorrow to chat -
with JESUS with skin on...
a filipino,
a friend.
Posted by Robynn at 4:52 AM 2 comments: 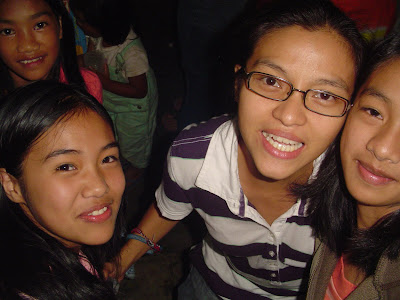 Mondays are the hardest days - but they can be the best days. It is my "day off" so I can decide whatever I want to do... I say it is the hardest day because I am alone for most Mondays.

This Monday I decided to first wash my laundry...by hand. I don't usually wash all of my clothes, just some of them. But I decided to try to discipline myself...and I enjoyed it. 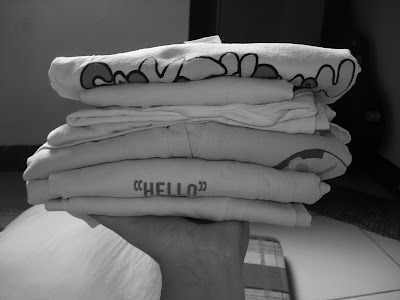 I then "escaped" to one of my favourite places in the city - the ocean! It's literally 15 min. away from my place so I can ride 1 jeepeny to sit by the ocean. It's wonderful...
and hot! 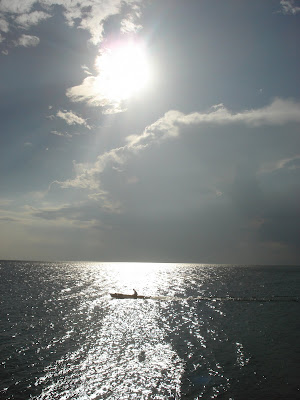 Since my love of cooking has flourished I made a pot of sinigang - a traditional Filipino soup. Once of my favourites. My roommate, Lerma, had some with some rice...I ate some with a slice of bread... 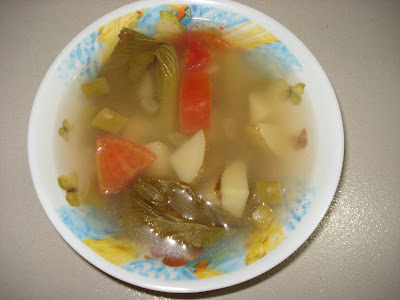 At the end of the day I drew a picture. I love drawing - it is so relaxing...
I hope when I get old like this woman with wrinkles I can still smile on Mondays - but I hope I spend them
with someone... 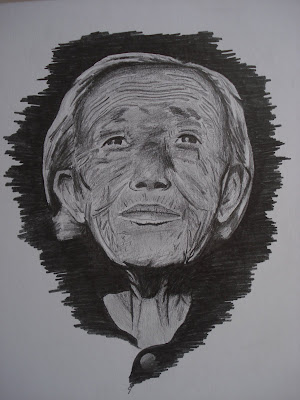